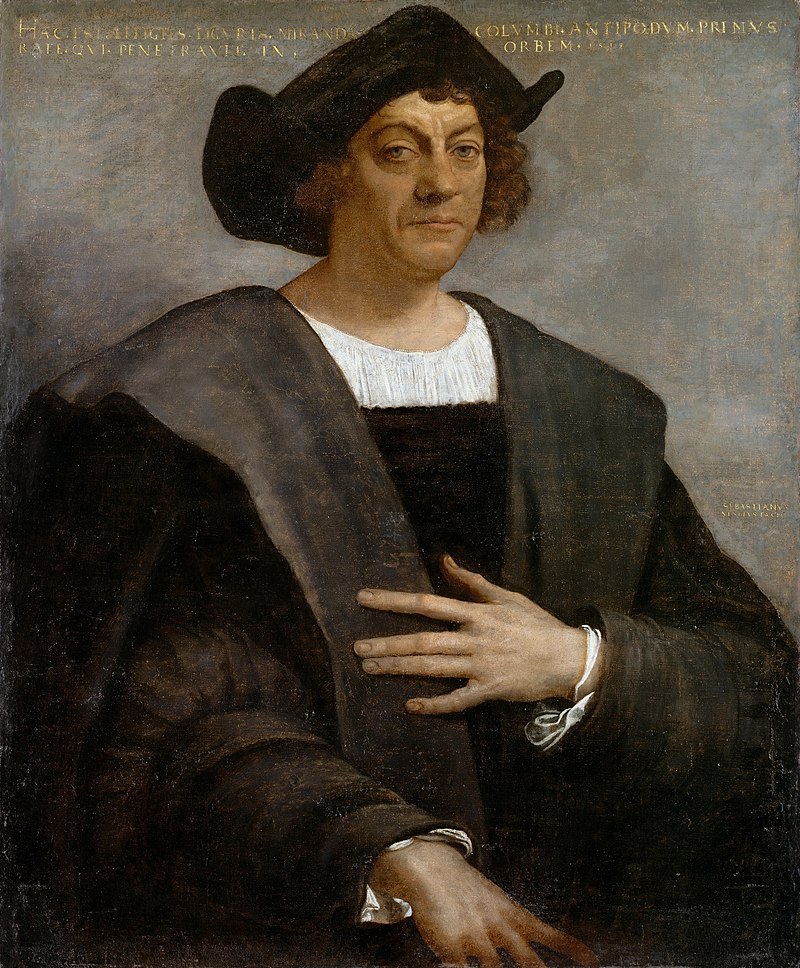 Today is a day to celebrate and reflect on a great contributor to Western civilization.  Yup, the often vilified, largely mischaracterized explorer who discovered the new world.  I’ve been saying for years that journalists and academics are so quick to judge historical characters in the context of today’s society instead of the society in which they actually lived and prospered.  Columbus is among the most pilloried.

Columbus set sail from Spain on four separate trips to the New World with the first in 1492.  The aggression of the Ottoman Turks dominating the Muslim world changed the course of history.  With trade routes essentially blocked and too dangerous for European merchants they were forced to find alternate ways to continue trading in the East. Enter Columbus searching for that new way.

Of course he ended up in the West Indies and history changed yet again. Today’s academics teach about the peace loving nature of the early Americans, glossing over a savage history that when put into context explains a lot about the tension and aggression that took place in the 15th century.

It’s also important to understand that Columbus’s men were wiped out from the first voyage in 1492 as Columbus discovered on his return trip in 1493.  It’s disingenuous and wrong to teach the next generation anything but that actual truth of the events that took place 500 years ago.  Beyond the understanding of the balance between civilization and savagery, it’s critical to place the events in historical context instead of judging the actions on both sides in the context of our civilized and relatively peaceful societal norms.

In 1937 Columbus Day was formally recognized as a federal holiday paving the way for the first ‘diverse’ hero of history to be recognized.,  Again, in the context of even that time, the KKK was aggressively opposed to the holiday as Columbus was a Catholic and therefore no different in their eyes than the Jews and African Americans so hated by the Klan.

As an Italian-Catholic Columbus was actually the first ‘diverse’ historical figure recognized by a national holiday after all the founders were White Protestant men. He represents the mark that Italian-Americans have made in the making of our great country.

So grab a Zeppole and have a Happy Columbus Day!

This entry was posted in The Daily Point and tagged Columbus Day.