He’s a union boss and a politician who has greatly benefited from the millions of dollars of public union political spending.  He’s the leader of the New Jersey State Senate.  He’s accusing the same unions who made his rise to power in Trenton possible of extortion.  Wait, what?

Yes it’s true. In a stunning move demonstrating Steve Sweeney’s erratic temperament and often ignorant approach to state issues, he recklessly accused one of the largest public worker unions in the state of “Extortion”.  He also levied the same accusation against the Fraternal Order of Police in letters to the state Attorney General and US Attorney.

Guess Sweeney can only tolerate certain behavior when the money is flowing his way.  Was the writing on the wall that he would be unlikely to have their support in 2017? Is he desperate to continue to look like a tough guy after failing to rally enough votes in his own chamber for new taxes?  Did he suddenly develop a moral compass regarding the undue influence of public unions on public policy?  If it’s extortion to withhold money because the politicians aren’t doing the union bidding, what’s it called when the same pols take money in exchange for doing union bidding? 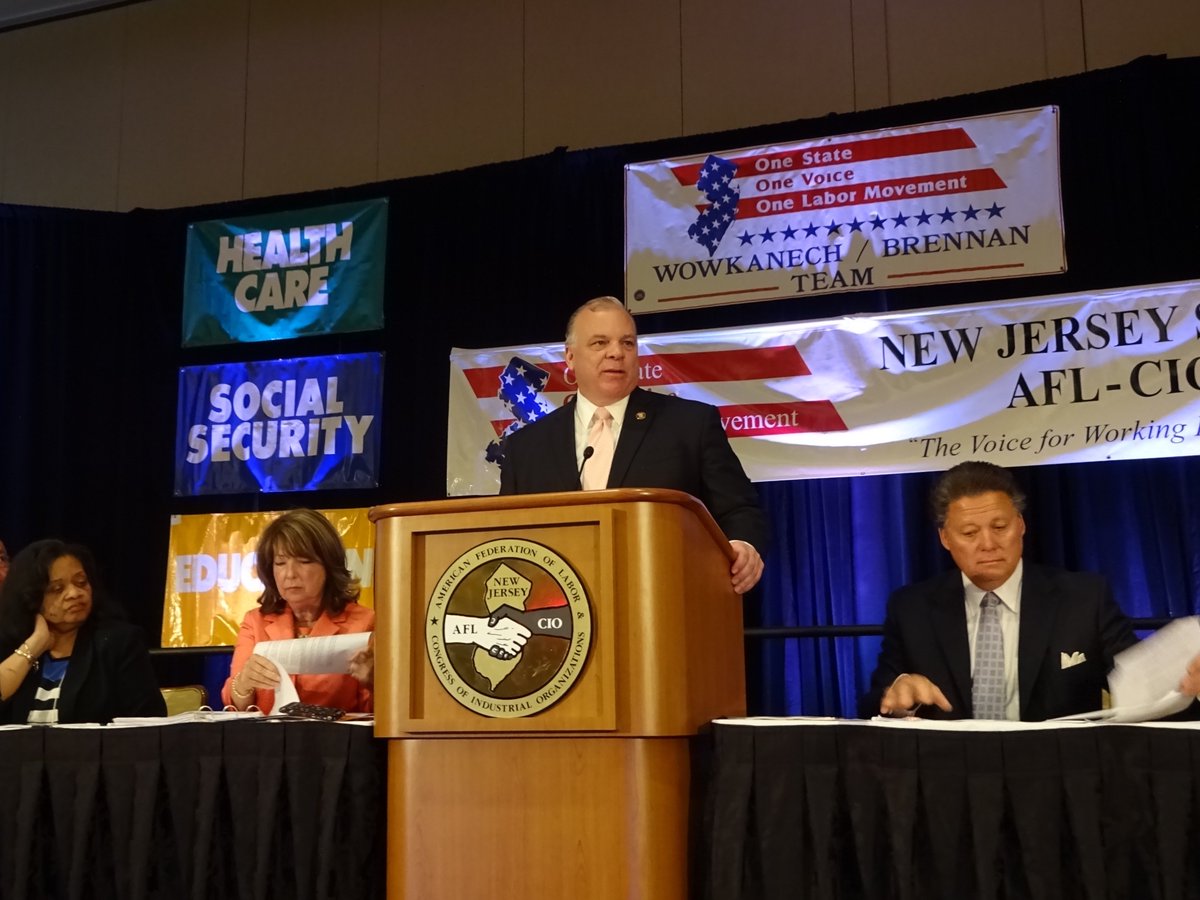 Let’s face it, the money and influence of public unions were just fine as he rose to power.  I’d say this is nothing more than a distraction to turn your attention away from his repeated failed attempts to pass the ill-conceived gas tax. As a result. it’s likely, and now perhaps a lock, that these unions will now be swinging their support to other likely candidates for Governor in the upcoming 2017 primary.

Perhaps we should pity the Senator from Gloucester County.  After all, he has truly backed himself into a corner.  On one side, he promised the teacher’s union a guaranteed pension payment.  On the other side, union workers want to get back to work on with major construction projects throughout NJ.  Since he and his fellow pols are not willing to address out-of-control spending, he couldn’t serve both masters unless the gas tax was passed and implemented. Thanks to the efforts of thousands of New Jerseyans who called, emailed, tweeted or otherwise communicated their frustration with another tax hike, the gas tax is stalled, at least for now.  So without the funding source, the alternative would be to cut spending and prioritize, right?   Then again…why not throw out a bomb and accuse public unions of extortion.  Surely that will solve the problem.

The real issue is whether or not the legislature will take up the task of cutting spending and changing the culture in Trenton.  Regarding the issue of influence raised by the Senate President, there was no need for an attack on the legal front. Senator Tom Kean already has a bill that would level the playing field forcing the public unions to be treated like other contributor in political campaign.  Seems fair enough, but Sweeney has refused to post it for a vote.  So this is not about reform at all.  It’s about a Senator whose failure to lead his own party at a time when his union bosses called in the chits has exposed his weakness as a leader and his incompetence as a legislator.

On the spending side, we’ve offered a list of $700 million that should be looked at, not that it could happen overnight, but it’;s a conversation starter for sure.  Then there’s the multi billion dollar savings proposal from Senator Jennifer Beck that could reduce healthcare costs at the state and local level potentially saving more than $1 billion in the state budget and nearly $3 billion at the local and county level.

Enough is enough.  Don’t be distracted by Sweeney’s petulant behavior befitting of a spoiled child denied a second piece of cake at a birthday party.  If he truly wanted reform in union contributions he would have posted Tom Kean’s bill.  If he’s really that upset at the possibility of criminal behavior among union leaders, he should already be in the process of returning all the campaign checks for him and encouraging his fellow Democratic senators to do the same.