No Dignity in Suicide

Earlier today I had the opportunity to interview a local actor, Joe Halsey, about a short film he produced and directed which will premier at the Garden State Film Festival in Atlantic City next Friday.  Joe’s a Jersey actor who’s played the role of cops and drug dealers on shows like Law and Order, Guiding Light and One Life to Live. His current film debuting next Friday is about an issue that is personal to him, physician assisted suicide. 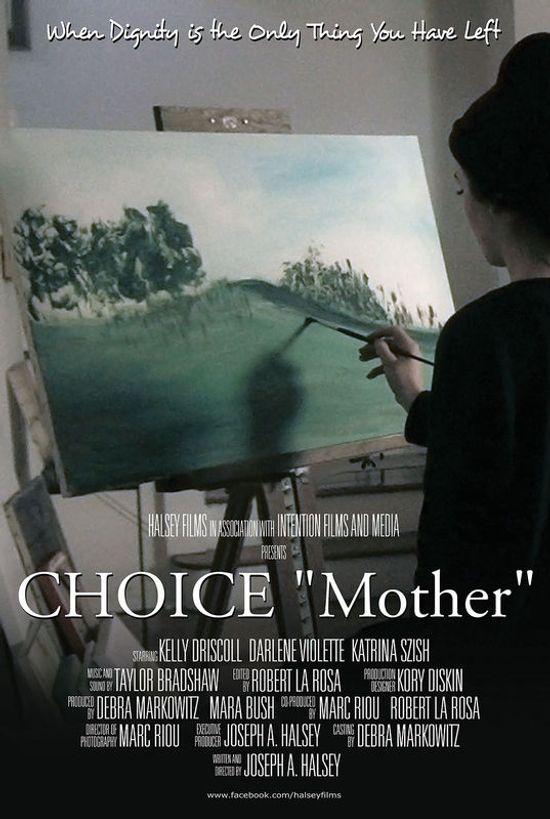 The decisions of one woman who had been diagnosed with terminal brain cancer form the story of “Choice: Mother”, a short film by Joe Halsey nominated for an award at this year’s Garden State Film Festival.

Halsey says he was inspired to make the movie by his father’s 30-year battle with multiple sclerosis.

“You’re only faced with terminal illness pretty much once in your life, and who knows what your decision will be. If we have more choices, I think it would help people pass a lot more peacefully,” Halsey said.

Talking to Joe I found him to be a thoughtful guy, not political and behind an issue for the simple reason that toward the end he wished he could have granted his father’s wish to pass earlier.  It’s always difficult to take on an issue that is so personal to someone, especially if you completely disagree with the political solution.  Although, we did have a good conversation about the valid arguments on the other side.

The “death with dignity” movement uses examples of people suffering and struggling to take a breath, in constant pain and praying for a merciful death.  Well, that is until Brittany Maynard took her own life after being diagnosed with terminal brain cancer.  Brittany was at first given ten years to live and then as the cancer spread she was told that she’d only live about six more months.  Her decision was to move from California to Oregon where recently passed ‘Physician Assisted Suicide” legislation would make her death wish legally possible.

Seeing her make the decision and watching the drama play out on media outlets across the nation sparked a vigorous debate about Right-to-Die legislation.  Clearly this was not someone bedridden and in constant, excruciating pain, gasping for air.  This was a woman who wanted to die before the symptoms of what would likely be her final weeks on earth overcame her.

In direct contrast to Brittany Maynard, there’s another cancer victim, who received the same diagnosis of terminal brain cancer.  His name is JJ Hansen,  JJ is a former U.S. Marine who served in Iraq and aide to two New York Governors, Spitzer & Paterson.  After his diagnosis he was given only a few months to live.  With a wife and young son, he decided that he would fight.  Two years later, JJ’s fight continues.  His strong, measured position is that the idea of choosing to “Die with Dignity” is a false choice.  I interviewed him on my morning radio show a couple months ago:

When I asked Hanson about his strong position on the words “dying with dignity” and the death with dignity bill, he said that he would  tell the NJ legislators voting on this bill “not so fast.” Hanson said “I was told you don’t have an option. You can die dignified if you commit suicide. Whoa, wait a second. The whole terminology is flipping on its head. If you give up and you don’t fight, somehow you’re compassionate and dignified. But if you want to fight and you want to live, you lack compassion and dignity. To me it just doesn’t make sense. It’s kind of a reflection of where our society is.”

At the time, the New Jersey legislature was debating the idea of a New Jersey law that would allow for physicians to prescribe a life ending drug so that patients could avoid suffering and end their life.  The bill was bitterly opposed by ,many medical doctors, advocates for the disabled and elected officials on both sides of the aisle.  It was defeated because so many people rose up and opposed it with some going so far as to say it was “dangerous”.

Discussing with a patient a potentially terminal prognosis is always difficult, and the decisions that must be made are varied and complex. The last thing patients need is state-sanctioned pressure that implicitly informs them they are no longer of value. Rather, effective management tools such as hospice and better palliative care can offer real options that don’t carry hidden threats.

The bill is dangerous. Under A3328/S2259, once the lethal dose is prescribed, there is no requirement for medical oversight or psychological screening to eliminate the possibility that a patient is acting out of depression or dementia. The administration of the drugs is left to the patient or possibly a family member or friend, leaving the door wide open for abuse. Without accountability, the pressure on the patient is sharply accentuated. What if that patient is feeling pressure from the family to ask for that lethal dose of medication? Or worse yet, what if the lethal drugs are used for something more nefarious?

Thinking about this further the issue of how to define “quality of life” comes to mind.  Is “quality of life” only defined as the avoidance of physical suffering?   What about people who suffer with terrible disabilities?  There are many who need ventilators to breathe,and other who cannot move because they are paralyzed from the neck down.  Would you say that they are better off dead? How about mental health?  In 2015 19 police officers on New Jersey took their own life.  So far this year, six have done the same.  It’s entirely likely that they were suffering from such mental anguish that was so overwhelming they chose to leave the world behind.

Even our #BlueFriday honoree has “quality of life” issues with the treatment of the potential death sentence from his leukemia diagnosis…he’s seven years old and has been fighting for three years.

Liam’s mom said the past few days have been very special for her son, who was diagnosed with acute lymphoblastic leukemia in 2013. He takes chemotherapy drugs every day and has to undergo regular treatments such as chemo medications being injected into his spine. Liam is a tough kid though, his mom told NJ 101.5. As unpleasant as the treatments can be and as sick as he sometimes feels, she said when it’s over, he just goes back to being a normal, smiling student.

Clearly it would be shocking to even suggest that a small child would be ‘better off dead’ to prevent suffering from a terrible disease.  Instead many of us pray for him and praise his courage and strength.

Beyond that, the so-called choice is lopsided in that we don’t know what’s going to happen in the end, we do know that the choice of death is your final answer.  Would Brittany have experienced the same remission as JJ?  We’ll never know.  With suicide, there’s no turning back, there can be no second chance.  JJ Hansen will tell you that the diagnosis isn’t always the final word.  Sometimes a second and even third opinion will give you a completely different outlook.  Had JJ take the path that Brittany had taken he would have left his wife a widow and his some without a father.  Instead, he’s fighting for every day and every day he and his family grows stronger.

Either way, the suicide of Brittany Maynard in Oregon shed light on the issue about the finality of the choice.  In a culture that for the most part is working hard to stop suicides, having a physician assisted suicide is an attempt to ‘sanitize’ the act.  Some have even suggested that because it is far less expensive to terminate a life instead of treat an illness, the insurance company coverage could be impacted and people could be ‘pushed’ in this direction.

It’s important to note that the idea of government sanctioning suicide as an appropriate choice to end suffering is a scary prospect indeed.  It’s why ultimately the New Jersey legislature decided against such a law.  Suicide is such a global crisis that someone takes their own life every 40 seconds.

According to the latest statistics from the Center for Disease Control :

The mental suffering of suicide victims may be as palpable as the physical suffering of patients stricken with terrible diseases.  Is one worse than the other?  Isn’t life about overcoming adversity and coping with trauma?  At what point is it ok to ‘check out’ of this world?  What victims are left behinds when someone chooses to die instead of fight, or suffer? For Brittany Maynard the decision was made  before the worst of her physical suffering started.  It’s hard to imagine the pain you might experience if you have walked in the shoes of the terminally ill.  For me, I rely on the courage and strength of Marines like JJ Hansen and Honorary Police Officers like seven year old Liam Lindsey.  We know that for many people, treatment and pain mitigation is possible.  There are important groups like Hospice who can help manage the suffering of the terminally ill toward the end.  And even though there is no doubt that people will suffer, the cost of ‘sanitizing suicide’ through rhetoric such as ‘death with dignity’ is too great for society.  This movement has the potential to even encourage and justify the decision to commit suicide.  For people with disabilities and mental illness who need our help to remain strong this is a dangerous road making the job of caretakers even harder.  It also has the potential to have people who may have otherwise beaten the disease they’re afflicted with end their life before they start the fight creating victims of those they leave behind.

In the end it’s a challenge to take the worst of the human condition and not want to relieve suffering.  But the cost of allowing a physician to prescribe an end of life pill take us down a road that not only devalues human life by holding the definition of ‘dignity’ as a life without suffering and pain.  LIfe is full of suffering.  For most suicide victims you have to wonder what we can do better as a society and as family members to provide strength and coping skills to help people choose to live.